Skip to content
So Psyiah and I talked earlier and I asked her if she would take my name when we are wed.  She was delighted at the idea and said she would be honored!  I am a very happy kitty right now, to put it lightly. =p ♥ 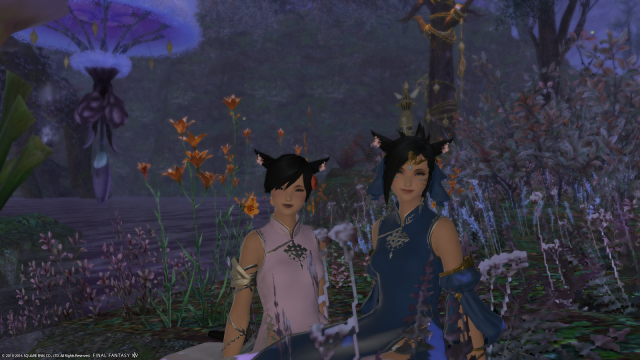 Like Loading...
I can not believe it!  Psyiah proposed to me! 💖  Wow….my heart is fluttering just thinking about it… OK, so here’s how she did it.  First she put on quite a show for me.  She had all kinds of music picked out which played in the background.  She danced to the music using all kinds of different moves and poses.  The best part is: she choreographed the entire thing herself!  When her show was over she got down on one knee and proposed!  I was in shock at first, but of course I said ‘yes’! Wow, my heart is fluttering just thinking about it. 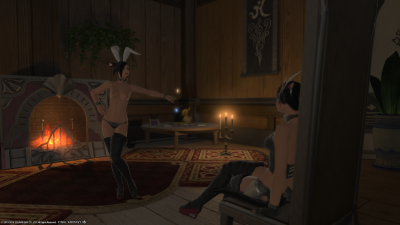 [22:48]Psyiah Loken would begin to calm down a bit. “Anni…” she said as she tried to calm herself down. “Anni….” she said her name again as she tried to get her to look at her.
[22:49]Annimae Nalani would look up at Psyiah.  “Yes kitten?”
[22:50]Psyiah Loken would embrace Anni’s face. “This feels… amazing, this feels… right.” She caressed her cheeks, and began to shake. She began to breath a bit rapidly, as if seeming very nervous. “Anni… Annimae….” she said as her voice cracked a bit.
[22:52]Annimae Nalani would sitback on her knees and nod at Psyiah. “It does, doesn’t it?”  Anni would smile a sweet smile up at Psyiah. “I know I’ve said it before, but you truly are what has been missing from my life.”
[22:55]Psyiah Loken now showing obvious signs of nervousness. “Anni… you are my soul, my heart… my love. You…. complete me.” She said. She began to tear up a bit. She got on the floor next to Anni, and looked into her eyes. “I have a confession to make….” She said, now shivering, tearing up, and seeming obviously nervous. She reached behind her and grabbed something from underneath the chair.
[22:56]Annimae Nalani watched Psyiah curiously.  “Whats that love?”
[22:56]Psyiah Loken got up, and walked to Anni, she got down on one knee, looking at Anni, completely nervous.
[22:57]Annimae Nalani covered her mouth with her hands, her eyes got big.
[22:59]Psyiah Loken held out a small box, her hands shaking uncontrollably. She could not focus and was breathing fast. “Annimae Nalani….” she said her voice cracking. She opened up the small box, in it shined a ring. “Annimae Nalani… would you make my world, make me complete, make me whole, complete my soul, and allow me to love you forever….” her voice cracked and she showed how nervous she was. “…will you marry me?”
[23:01]Annimae Nalani looked at the ring and began to cry.  Anni was completely overwhelmed with love; she broke down.  She had all she could do to nod and look into Psyiah’s eyes.  “Ye…..ya…..YES!!”  Anni leaned forward and embraced her girlfriend.
[23:03]Psyia Loken began to cry and held Anni. The words made her night, made her world. She smiled and tears ran down her face. “I love you Annimae.” Psyiah took out the ring, and placed her ring on her finger.
[23:04]Annimae Nalani wiped the tears from her eyes and looked down at the ring.  “Oh Pysiah….how did you, when did you….oh my!  Oh I love you so much!” 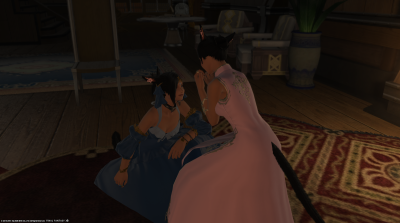 For me, this is more than a proposal.  It’s new hope, it’s a new promise.  It’s the promise that my pains of the past are just that, the past.  I have a wonderful and bright future ahead of me.  A future that includes my best friend and now fiance, Psyiah. I don’t know why the gods feel I deserve this, but I am eternally grateful and thankful.  I….I Annimae Nalani will be spending the rest of my life with Psyiah!  EEEEE!!!!

Like Loading...
So my beautiful Psyiah and I went out on our first official date!  Wow, we had an awesome time!  We both got dressed up and headed to the city for a nice evening dinner together.  Psyiah looked amazing.  We had a couple drinks, fish for our main course (go figure!), and a delicious desert.  After dinner we wandered around on the deck, watched the stars (we saw 4 shooting stars!) and cuddled.  We seem to click really well, always laughing and having fun together, we never argue or anything.
I am totally in love. ♥

While out adventuring with Psyiah we stopped on a rooftop, of all places, for a break.  I wasn’t expecting it, but Psyiah just started kissing me!  I wanted this so bad…I’ve secretly been dreaming of kissing her like this but never dared to.  I mean, we’ve kissed before.  A few times to be honest, but we’ve never like…made out.  It got pretty hot. 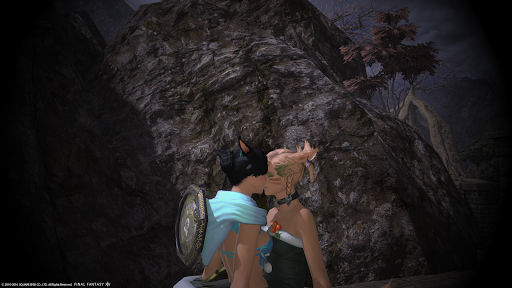 Like Loading...
So Psyiah had to go away for training, which left me with out her for a few days.  Normally that wouldn’t have been a big deal but while she was gone I came to the realization that I am really falling for her.  She’s so kind and sweet.  Being away from her for so long was a lot harder than I was expecting. I cried a couple times, it was my first time in our house alone. 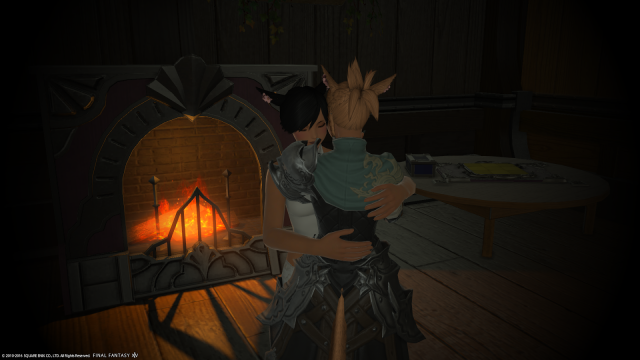